Two months after my initial contact experience in early 2013 I began to feel I needed to have some kind of tangible proof to verify my experiences. The Entities understood this and they did not hesitate to provide me with that proof.  One day I was led to explore, by the Entities, a simple image of a hat and a camera, (see below). I explored this image and I was surprised to discover that it revealed a space craft, very interesting I thought. Next, I was led to a second image, an image of a person, (with no face), holding a camera, (not posted here), THIS, really shocked me. As I explored this second image it manifested into an Entity holding a camera pointed at me! (See below). I was rattled by this image and it made me think...do I really want to have this experience? I did begin, however, to understand what the Entities were doing and realized the Entities might be giving me an invitation to photograph them for the proof I was asking for. (In all fairness to the Entities I do not know what they look like and perhaps the image I posted is an incomplete, generic manifestation of them).

Okay, I thought to myself, let me put this to the test, after all I did ask for proof. I began watching the sky everyday, day after day after day sometimes even sitting on my deck for hours. After almost two weeks of this sky searching I began to feel a bit foolish with myself even to the point where I was beginning to doubt my own sanity and just as I was about to give up the miraculous happened.

It was a rainy misty day in March of 2013 and because of the weather, (I thought, a UFO certainly wouldn't show up in the rain), so I decided to skip my sky watch that day. It was only by chance I looked outside my kitchen window when I observed three triangular lights in the eastern sky piercing through the mist about a thousand feet from my home.  I was so mesmerized by seeing this I forgot all about my camera. The sighting experience only lasted about 10 seconds and before I knew it it was gone. (Image below).

I was now feeling elated but also disappointed. Elated, because I had received the proof I had asked for, that my experiences were real and not some figment of my imagination, disappointed however, because I did not get a photograph of the craft. I asked the Entities for a second chance.  About a week or so later it was almost dusk as I witnessed a bright light approaching from the northern sky. At first I thought it was just an aircraft of some type but it sparked my interest when it continued to expand. I was outside at the time just finishing up some chores and walking back to my house. The light was now 2 bright lights, about 200 feet above and 700 feet away, totally silent. This was it! My second chance? I ran to the house to get my camera but picked up my binoculars instead thinking I would still have time for a photo. I wanted to was see what was behind the light of this object. I aimed my binoculars at the light but as soon as I put my finger on the focusing knob the lights and the object totally blinked out. I thought to myself, this is not fair and I was upset. Did I just miss another chance for a photo? Later that day, however, I realized that aiming binoculars at an intense light was really a stupid thing to do! The lights were so intense I could have been blinded by them. I believe the lights disappeared for my own safety.

The "sighting"  images I have posted here are very close facsimiles to what I visually experienced that day. Hopefully in the future I will get another opportunity for a photo but in this day of photo manipulation technology I doubt if it would really make any difference as evidence to anyone so why even bother. We have reached a point in our technology today where even empirical evidence cannot be clearly defined! Humanity is in uncharted waters! 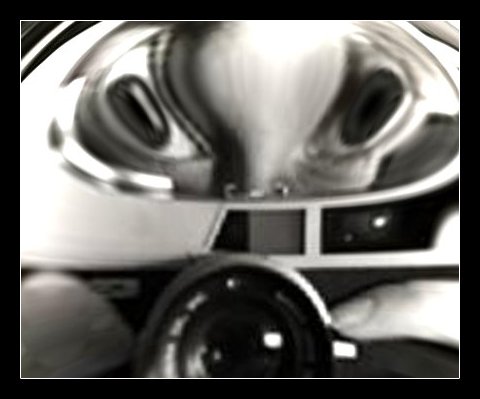 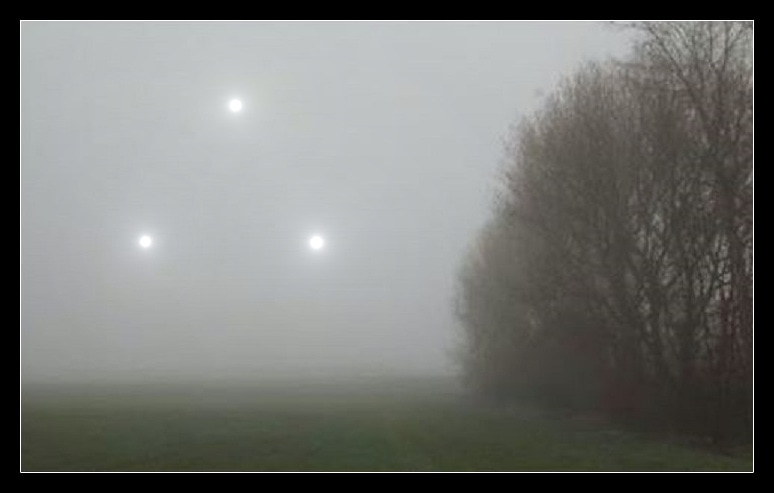 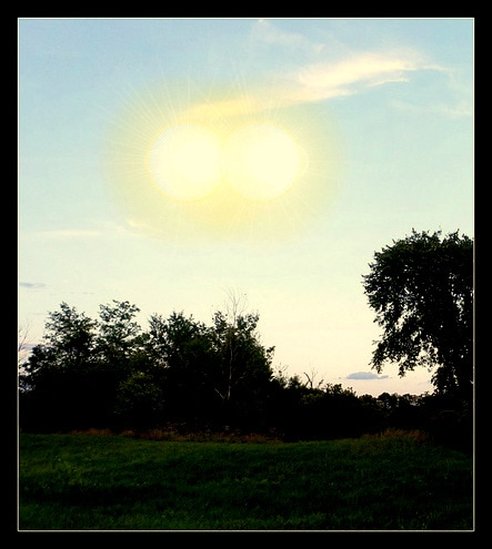