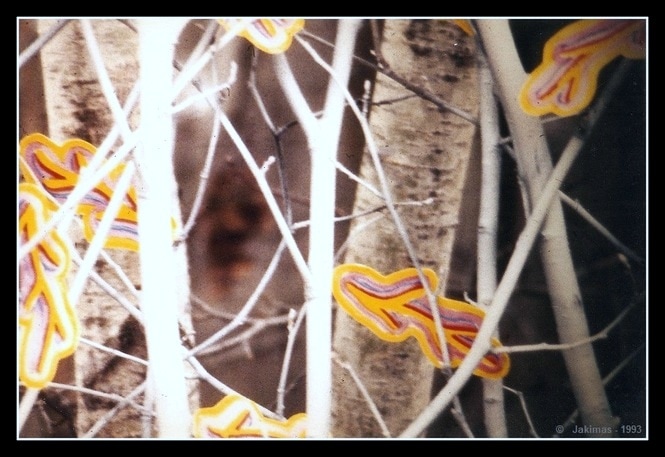 Back in early March of 1993 I was working on an art project outside my home. For this project I built an open frame with 2' x 2' x 2" lumber. Within this open frame I placed branches that I painted white and added leaves that I created. I attached this frame to a tripod and placed it in different locations on my property to take test photographs. All of the photographs were taken using a Minolta Camera and 35mm slide film. (Before digital camera's or photo shop). The photo of this Entity was taken at the last location, only 100' from my home. At that time I was living on the edge of the Maine wilderness where I no longer live. I did not see this Entity in the view finder of the camera when I took the photo, it was captured by the sensitivity of the film within another dimension. Below is a photograph of the open frame I used as well as other photo's. 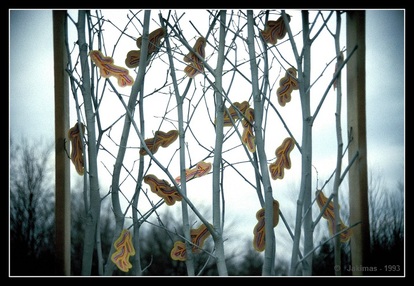 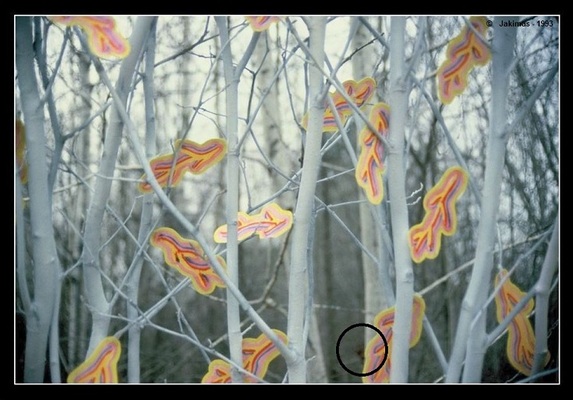 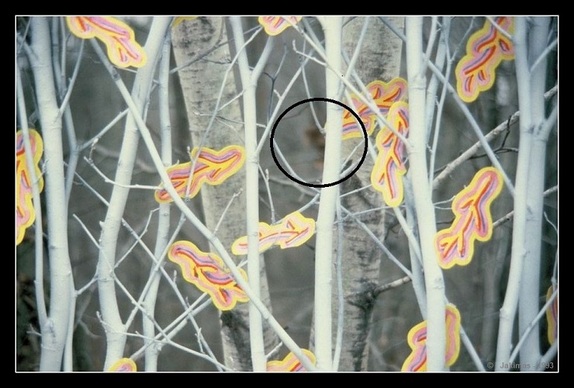 Years after I had taken this photo my neighbor was having a well put in and the well driller was using a dowsing rod to find the best location to drill. I found this interesting and I began to educate myself on the subject. I learned that dowsing rods could be used for a variety of purposes, not just finding water. I discovered that they could also be used for discovering unusual energy fields. As soon as I discovered this I immediately rushed over to the location where I had taken the photo of the Wendigo and with some dowsing rods I did in fact discover an unusual energy field. Could this indicate that the Wendigo has learned how to manifest itself from portals within these unusual energy fields? 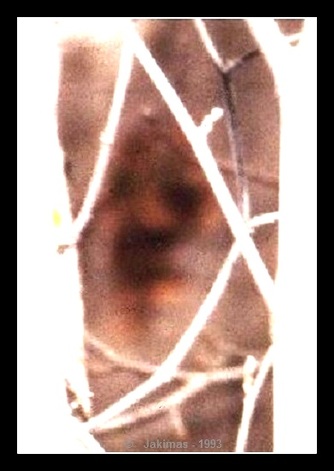 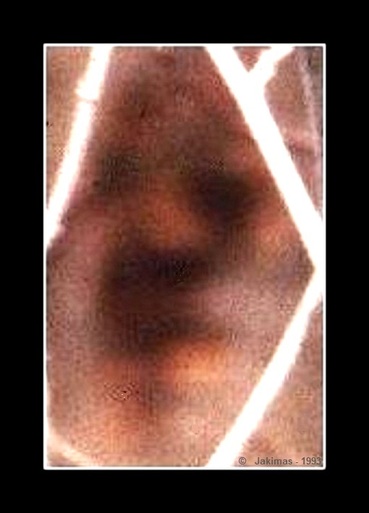