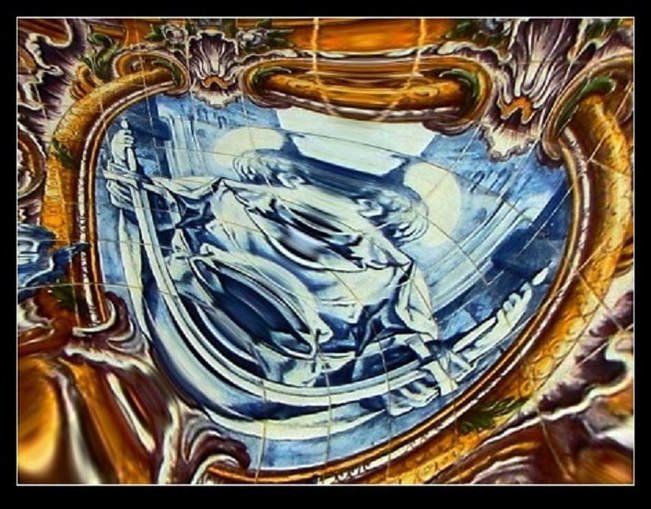 
As this image manifested I began to realize an image of myself was also, surprisingly,  manifesting within the image. See circled in white, left side, below. I did not inject myself into the image, some other power apparently did. What power? I do not know.